This is one question which most of us try to avoid. Our tendency to avoid this question is not because we don’t have the answer to it, but it is because we have learned to survive with it. Temptations – one of the biggest instruments and most commonly used weapons to turn people away from God. Temptation in its very nature is demonic. In its very nature can we see that this term can never be associated with anything good. Have you ever heard anyone saying ” I am feeling tempted to pray” or “today I feel surprisingly tempted to give alms to the poor!”? I bet you didn’t. The word temptation can never be kept beside any verb which is good.

Temptation is a choice given to us which becomes a deciding factor for us keeping the covenant with God. In simple terms, God has promised to give us eternal life if we listen to him, however, when we are tempted we get to choose whether we want to listen to him or not. This might seem very plain and simple in-text however when it comes to action, many religious people have been seen to crumble down and fall apart in the face of trials and temptation. Thus, if someone would have asked me, what would I do in case I face temptations, I would say “Run”.

What happens when we are tempted?

If you recall the moment when Eve was being tempted, you will find something very strange that happens. The devil did not take the fruit from the tree and hand it over to Eve. Rather, he had only planted the seed of doubt into her mind. The devil is the ‘ Father of Lies”, which means every word that comes out from the mouth of the devil is a lie. The devil knows how weak and susceptible we are to sin. And thus using this opportunity the devil will only plant the seed of doubt or fear or greed or any kind of desire that we already have in mind. That is enough for him to play the game and win. Temptation is a bubble that is created in the air. It is an image that does not exist in reality but feels real to us. Only when we bend down to the temptation, and we commit sin, that bubble burst in thin air and we feel deceived. Always remember, with this weapon of temptation, the devil only pokes us and plants the seed of doubt into our hearts. That’s it! If you are clever enough and have your firm faith in God, your Armor of God as mentioned in Ephesians 6: 10-18 will be able to endure the temptation and you will succeed in winning the battle.

Is getting tempted a sin?

Asking this question is the same as asking ” Do I get fat if I only think about food?” No, you don’t. You will only get fat if you eat that food. In the same way, you will only commit a sin if you do that sin- not if you are tempted. Temptation is not in our hands. We do not invent these temptations. Temptations sometimes come from God to test our faithfulness in return for a massive reward, and most of the time comes from the evil one to take us away from God. You do not commit a sin unless you perform that sin. However, we must remember that there are few sins that are committed in the mind itself. As you know, your mind can play pretty bad games with you. Just like Jesus very clearly says in Matthew 5 27:28 that anyone who looks towards a woman in the wrong manner has already committed adultery. This means that he did not have to commit the sin physically, rather he has already done the massacre through his eye and thinking about it through his mind. Therefore be very careful regarding this.

Did Jesus get tempted?

Heaven knows that he did! He faced temptations not once but thrice in the desert. Here we must note something. When we read the Gospels we see that the Holy Spirit had led Jesus into the desert to be tempted. Surprising, isn’t it? Well, Jesus needed to face temptation because of two reasons. One, that was the will of the Father. Two, the Father wanted the demons to know that He had sent his only Son to save the world through his death. To make it clear, God allowed this temptation to happen so that it becomes clear to the demon that the Messiah has arrived. The demon wanted to see if Jesus was just human or whether it who he claimed to be. Why was this done for the demon to know? How can we be sure of this? Well, there were no other human beings in the wilderness. Thus there was only Jesus who was there led by the Holy Spirit. And we know what happens after Jesus becomes victorious over the devil- Angels come down on earth to worship Him. ( Matthew 4:11)

Why does God allow temptation?

Exactly! Why does he have to allow temptation when he wants all of us back into his kingdom? Why does he allow us to fall when he knows that we are so weak that we will definitely fall? These questions are truly very valid. But, the answer is even more valid. God allows temptations to occur so that he may be glorified. He will be glorified not by our fall, but by our rise. When we fall, and we will fall, the devil keeps on telling us that our sins are unforgivable. That is the part when God in mysterious manners communicates to us how deeply he loves us. And one day, when we repent and go back to him, he is glorified in heaven and angels rejoice. Angels rejoice when a single soul on earth repents. That is why God allows temptations to happen. Temptations and enduring temptations are very painful. But our God is not a cruel God. He has appointed for each one of us a guardian angel who helps us fight these temptations. We must also remember that God loves free will. He even gave free will to Adam and Eve. That is because love doesn’t bind someone, it frees them. God loves us and thus cannot make us live our lives like slaves. Thus, because we are free, we are tempted, and because we are tempted we too get an opportunity to prove that we love God just like he loves us.

What must we do in the face of temptations?

As mentioned earlier temptations are in themselves very difficult to run away from. We have to face them. We have to fight them. In no way can any human being stay away from temptations or even run away from them. Let me explain the nature of how a person is tempted. The weightage of temptations increases like a snowball effect. First, the temptation is mild. We overcome it. Sometime later, the temptation becomes a little persuasive, with a second thought we might overcome it or yield to it. If we overcome it, the third phase is even heavier to handle. We will not be able to stop thinking about it. It feels that we are choked unless we yield to it and commit that sin. It even feels and appears to us that it’s not even a sin! And unless we do commit the sin we are unable to have a peaceful sleep at night. We are distracted, completely out of focus, our routines are disrupted, plans keep changing, and everything becomes a massacre- and then we finally yield. What must be done? Can we ever win against these temptations? What is the way out? The only way out is God. The temptation might seem natural to us, but it comes from someone supernatural. Thus, to fight the supernatural we need supernatural support- thus we need to yield and surrender to God’s mercy if we want to avoid yielding to temptation. We must also remember that Our Lady crushes the head of satan. Therefore, we must seek her help and intercession. Also, changing our position helps us shift our focus towards something else for a temporary period of time. Avoid getting into situations that you know can lead to the same old temptations. So if you are tempted to alcohol- stop going to parties and hangouts. It might ruin your social influence, but that is way better than ruining your chance of getting the ticket to Heaven! Seek counseling from priests, read the scripture, spend an hour or so in front of the Blessed Sacrament, say the Rosary or the Divine Mercy Chaplet, and go for confession as frequently as possible. That’s it!

Thus, temptations are just like bubbles in the air. It is OK to be tempted but it is not OK to yield to temptation. Therefore, know the difference and also identify your weak points. Identify those sins that you keep on committing and try to figure out which temptations that are poking you to commit those sins. Lastly, seek help from God. 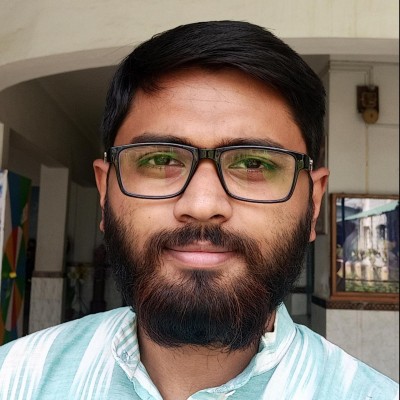 Next post What is the meaning of the Hail Mary prayer